Animals have an accessory lacrimal gland situated at the base of the third eyelid.

This gland plays a role in lacrimation. It secretes 30% of tears.

This gland is normally hidden. It can become apparent, which is what we call a third eyelid gland prolapse.

This disease is frequent in certain breeds such as the cocker spaniel, the Shih-Tzu, or the bichon.

We can often see a red round mass localized on the internal angle of the eye.

This affection is not considered to be an emergency, as it does not compromise vision and the integrity of the ocular globe. It however needs to be seen by a veterinarian.

In certain cases, this gland prolapse can go back in place temporarily to its initial place. However, it is only temporary. Indeed, it will prolapse again. A spontaneous healing is not possible.

The treatment consists in putting the gland back in place at the base of the third eyelid. It is highly recommended to avoid its exeresis (its withdrawal), as this gland plays a part in lacrimation.

Its exeresis can lead to an insufficiency of lacrimal secretion (lack of lacrimation), than can be serious for the integrity of the eye.

Several surgical techniques exist to put it back in place.

These techniques show excellent results. They allow to keep lacrimation going with the accessory gland. 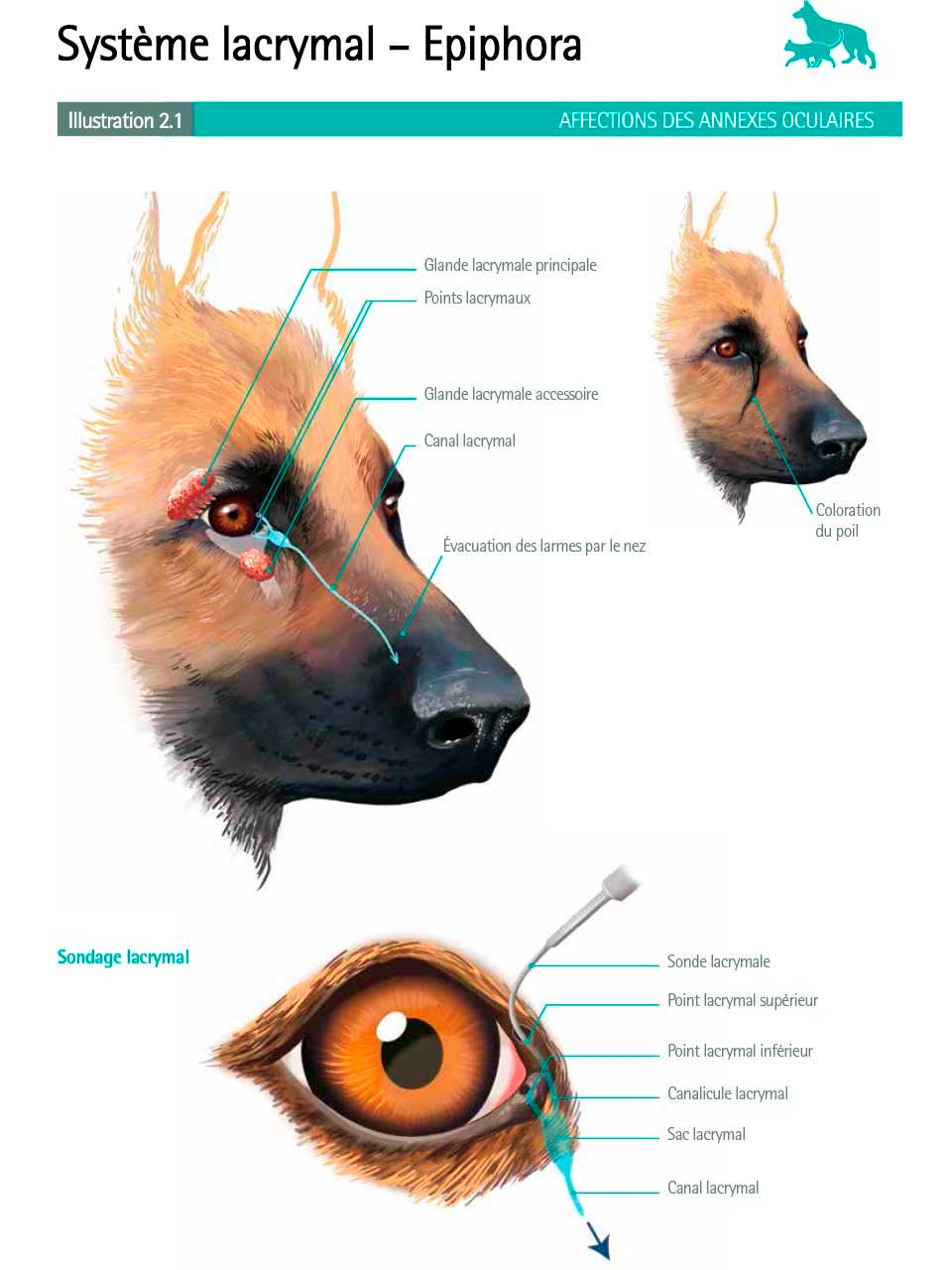