Cats have the reputation of seeing in the dark. They will of course not see better than us in complete darkness, however thanks to the structure of their retina, they need 6 times less light than us to distinguish an object. This great sensitivity of the retina demands a protection in full daylight, which is why we can see the pupil of a cat reduced to a slit when it is in direct sunlight. The dog, as well as the cat, is adapted to see in dim light.

However, even is the cat and the dog outstand us with their nocturnal vision, their vision acuity (capacity to see details) is much less developed than ours. An object easily seen by us at a distance of 20 meters should not be placed at more than 6 meters for a cat to see it as well!

Cats (more than dogs) have in common with us a binocular vision (both eyes are in front and their visual fields superimpose themselves, allowing a vision in relief. This is what allows a cat to be so agile and skillful. Cats have a vision towards the front, as every great predator that needs to spot and follow preys. Their binocular vision allows them to evaluate the distance between the mouse or the top of the shelf and themselves.

A dog has its eyes placed sideways, as a result its vision in relief is narrower, but its visual field is larger than humans. For example, a dog perceives the movements of his master when he walks with a leash. Contrary to common belief, the dog doesn’t see in black and white. However, his vision is more sensitive in blues and greens than in reds.

The horse, like most large herbivores, has eyes placed very laterally. This allows him to have a very large visual field (he is nearly able to observe the horseman on his back), which is very useful in order to spot a predator. However, its vision in relief is very limited, and oriented towards the ground, towards the grass to eat (which explains a typical horse behaviour, which is to raise their heads in order to see an object right in front of them).

Photo of the lion : Predators have a narrow visual field towards the front. The pupil of large carnivores is round, contrary to their preys (antilopes), which are stretched. The rabbit has a remarkable panoramic vision: a vision of 360° horizontally, as well as the ability to see above itself! Without moving its head, it must see the littlest danger. 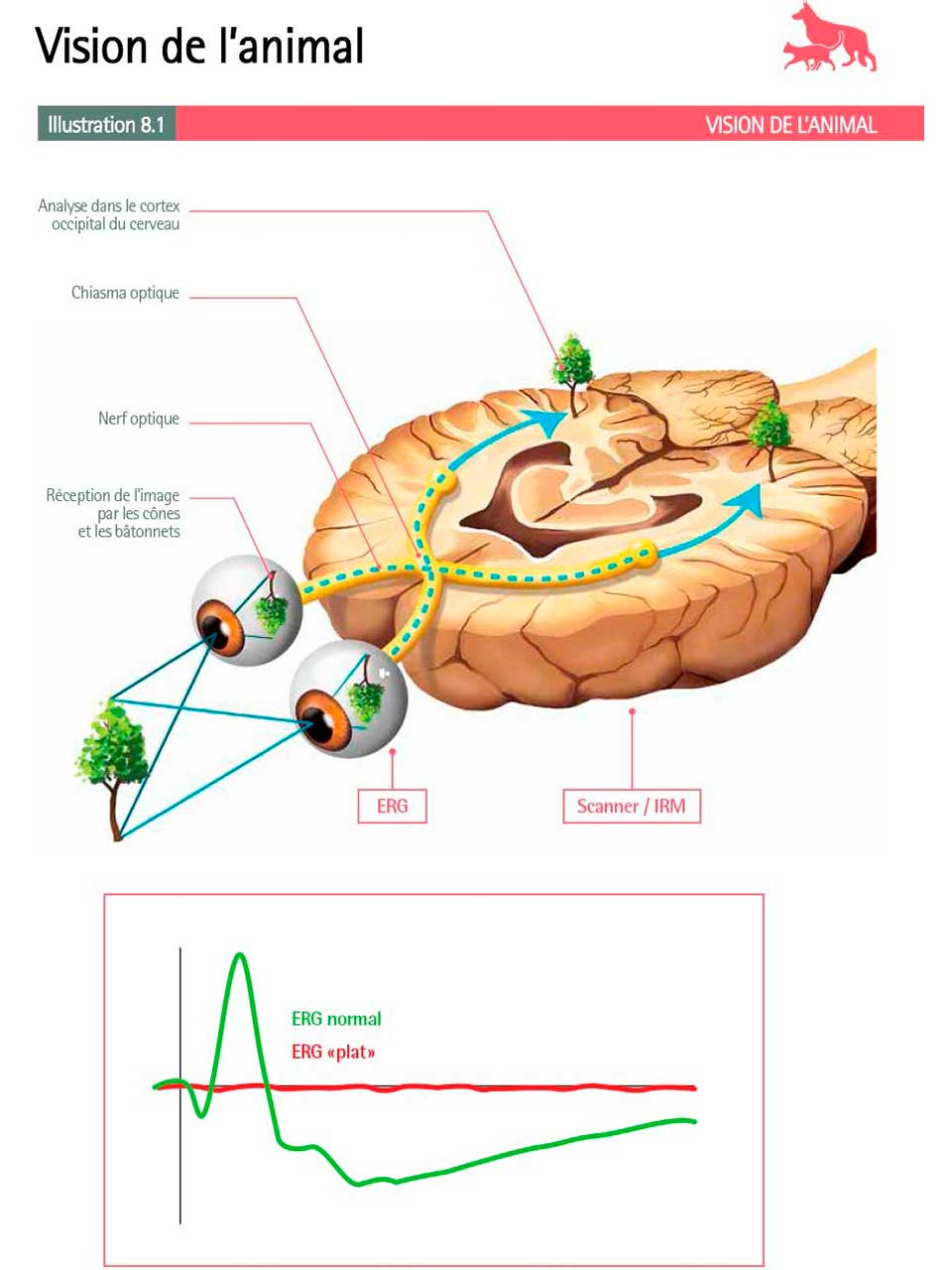